Home » Giant Human Remains Keep Popping Up In Different Parts Of The World.

Giant Human Remains Keep Popping Up In Different Parts Of The World.

Aside from mythology and folklore remains of extremely tall people have been reported, although rarely documented. Everyone will decide for himself whether or not to believe they were real. Here we have some extracts from the book ‘Forbidden Land‘ by Robert Lyman (1971), on the subject:

A decayed human skeleton claimed by eyewitnesses to measure around 10′ 9″ (3.28 meters) tall was unearthed by laborers while plowing a vineyard in November 1856 in EastWheeling, now in West Virginia. 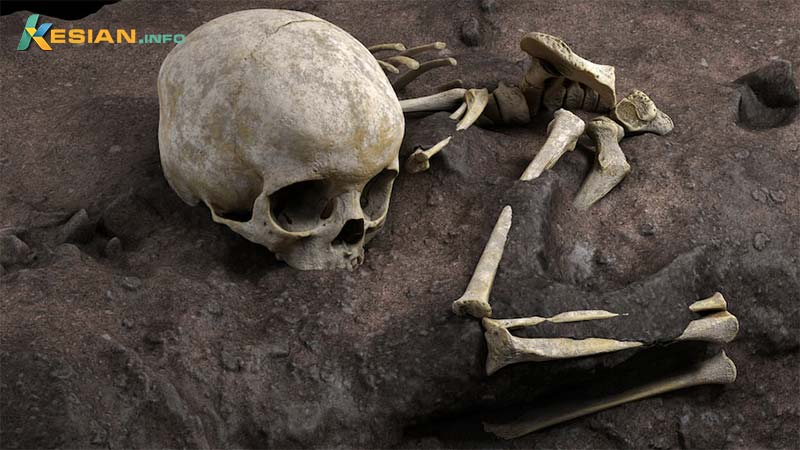 A human skeleton measuring 12 feet (3.6 meters) tall was unearthed at Lompock Rancho, California, in 1833 by soldiers digging in a pit for a powder magazine. The specimen had a double row of teeth and was surrounded by numerous stone axes, carved shells, and porphyry blocks with associated abstruse symbols.

Several mummified remains of humans with reddish hair claimed to range from 6′ 6″ to over 8′ (2-2.5 meters) tall were dug up at Lovelock Cave, (70 miles northeast of Reno, Nevada), by the guano mining operation. These bones supposedly substantiated claims for legends by the local Paiute Indians regarding giants they called Si-Te-Cah. However, there appear to be no verified Paiute legends about giants or that call the Si-Te-Cah giants.
A 9′ 11″ (3.02 meters) skeleton was unearthed in 1928 by a farmer digging a pit to bury trash in Tensas Parish, Louisiana near Waterproof.

In 1931 a 10′ 2″ (3.1 meters) skeleton was unearthed by a boy burying his dog in nearbyMadison Parish.
Other sources also give examples of the remains of extremely tall people found all over the world:

The skull of a youth 7 feet tall, and the partial limb bones of a man estimated at over 11 feet tall were unearthed in 1890 at the Bronze Age cemetery of Castelnau-le-Lez near Montpellier, France.

In 1894 workmen excavating a water works reservoir at Montpellier, France uncovered human skulls 28, 31, and 32 inches in circumference. The bones which were found with the skulls were also of gigantic proportions, and all the relics were sent to the Paris Academy of Sciences whereby a “savant” declared they belonged to a race of men in excess of 10 feet stature.

A 9′ 8″ (2.95 meters) skeleton was excavated from a mound near Brewersville, Indiana in 1879.
The skeletons of seven giants with receding foreheads and complete double dentition were found in mounds in Clearwater, Minnesota.

In 1945 the skeleton of a human giant was discovered by Soviet scientists in the Tian Shan Mountains of Central Asia. The skull was 33 inches in circumference, and a shin bone was 33 inches in length.